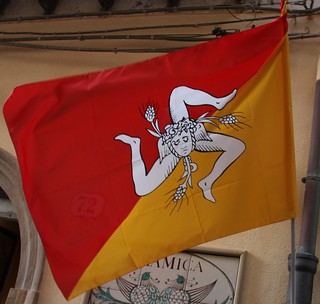 Sicily treated us to many new sights and tastes. From the ancient ruins to a simple treat called a Granita. So many things to tell you about but with the WiFi service being limited here is a condensed view of our trip. Later when we have better WiFi more info will be added.

Ancient temples and ruins were scattered throughout Sicily. These ruins have been rebuilt as a large earthquake toppled the columns. 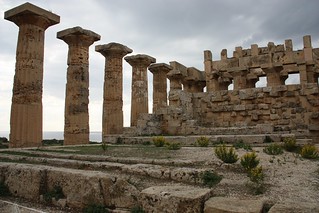 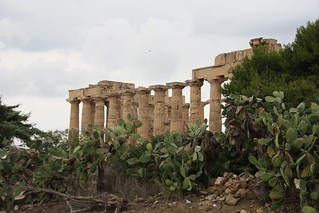 My friend and I in front of the Temple Della Concordia. 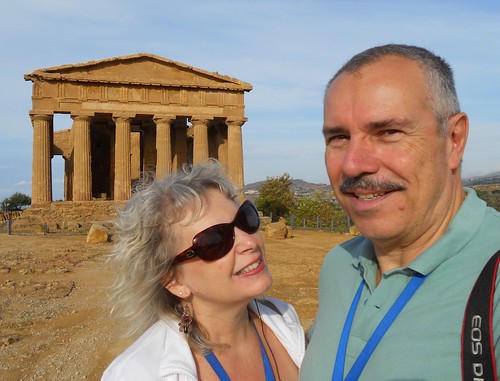 Sicily has a wide range of plants growing in the fertile soil. One of the local treats are "Indian Figs" or prickly pears. Must be an acquired taste because they did not appeal to me.

A bronze statue was placed here in 2011 in memory of Icarus who flew too close to the sun. Here Is Danna's reaction when one of the men on our tour suggested she touch "a private part". 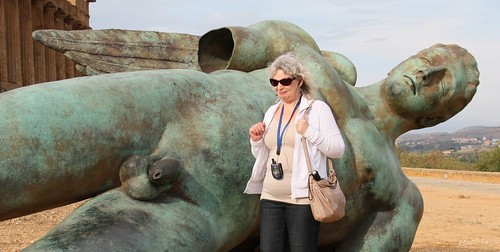 One day we travelled up Mt. Etna to view the craters. When we got there the mountain was in the clouds and it was pouring. Not much to do except get a cup of coffee. After an hour the sun came out and Danna went for a walk with our friends to view the lower crater while I climbed up to the next crater. The view was fantastic from both craters. I did not get tired climbing up the steep hill, but had to stop a couple of times just to take pictures. 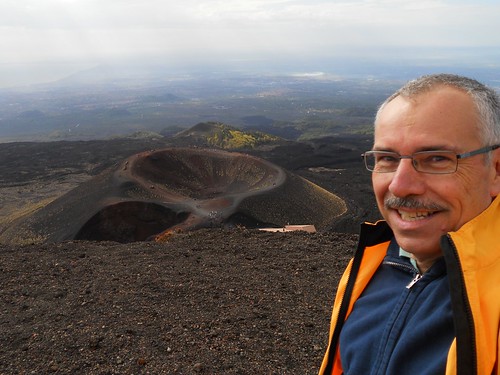 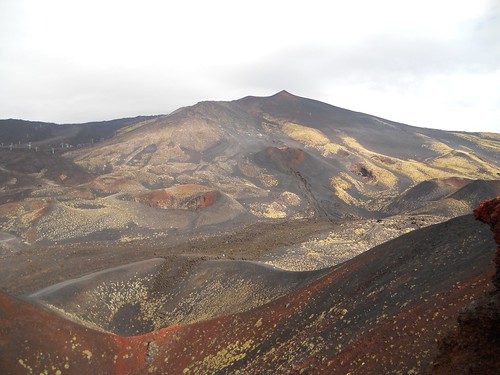 We also had a chance to see the beautiful sandy beaches. Here is Danna with our tour guide Roberta, Josephine and Carmen. 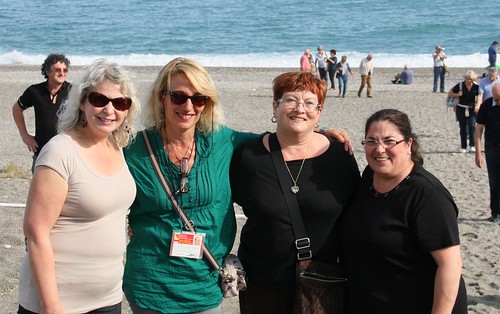 The locals relaxing on a bench beside a church? Only two were locals the ones on the right are Nobert and Christian from our tour. 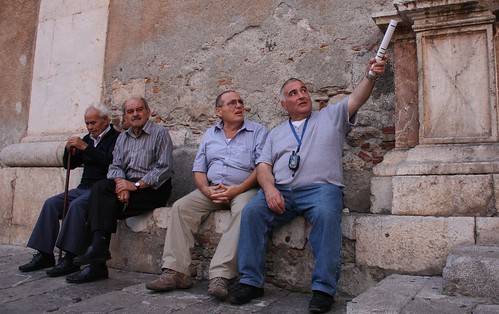 One one of our walks we saw a man fishing, his dog was sitting there watching us walk by. Danna went to say hello to the dog and the quiet little thing wanted to bite her head off. Danna decided to leave without giving the dog a pat on the head.

Forget about the ruins, churches and mountains....the reason we are in Sicily are these little guys. Sicily is the home of Cannoli and you cannot leave without having one or two of them. Some are just with a plain filling and others are made with chocolate chips or topped off with pistachios. 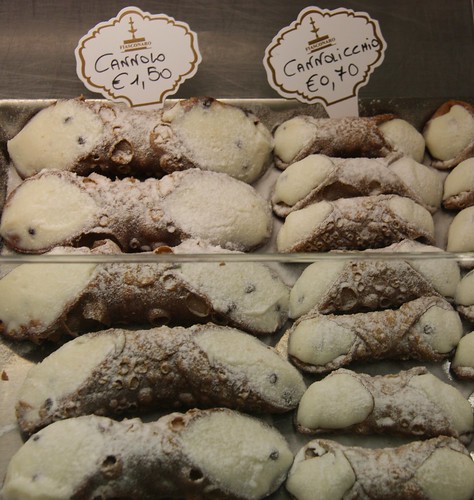 At one of the ruins you could view history and sip a fresh coffee. 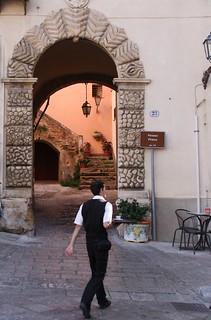 The ladies took great enjoyment in seeing their husbands singing while they did the laundry at this ancient laundromat. 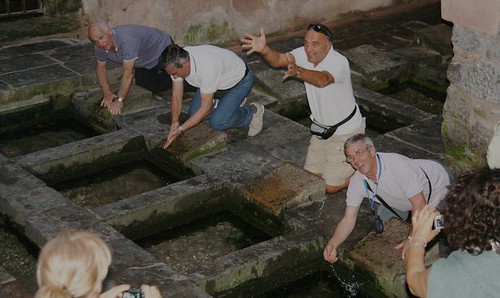 One night we went out for a Sicilian specialty Granita. It is available in many flavors but the most popular one is lemon. Do you think these guys are enjoying theirs? 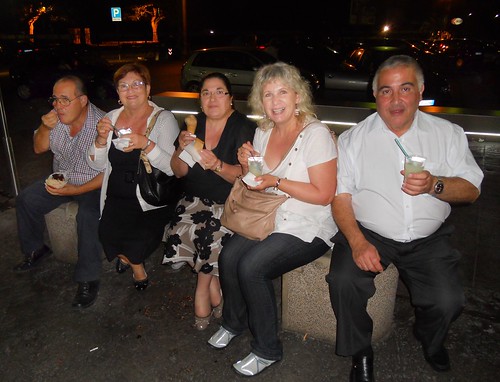 The trip was fantastic and it ended with a wild tour through the back streets of Palermo which I will tell you about on the next blog.
After our week or touring we were dog tired. I think the next week on the ship I will be looking like this.

"Take only memories, Leave only footprints!"
Posted by Danna and Robert at 11:53 AM