Looks as if the technical problems are fixed.
How did they get fixed, I will never know but everything is working.

We were fortunate to have a private tour through the areas where tourists seldom venture. Our guide, Nicola and his assistant Agnese meet us at the train station where the tour began. Not only were they tour guides were also relatives that took very good care of us. 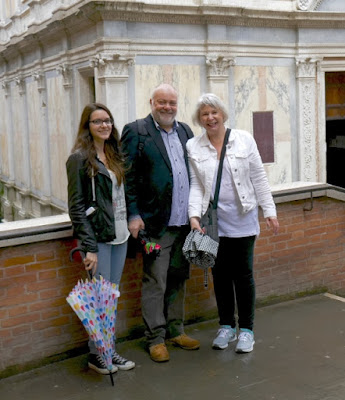 Cloudy day when we left Treviso and pouring rain in Venice. The umbrella vendors were having a good day. Danna and Agnese were smart enough to bring their umbrellas, mine cost €5.00. 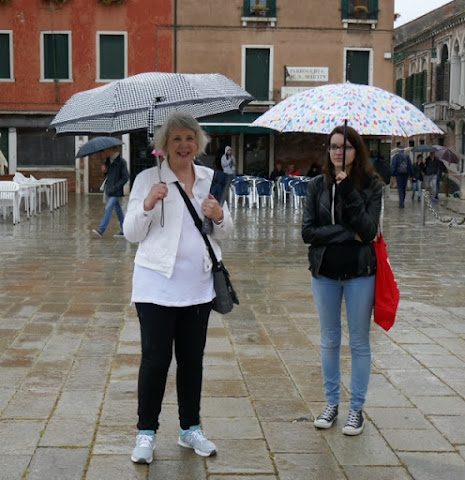 It was grey and wet for most of our walk from one end to the other of Venice.
Took this picture and thought it would look better in B&W. 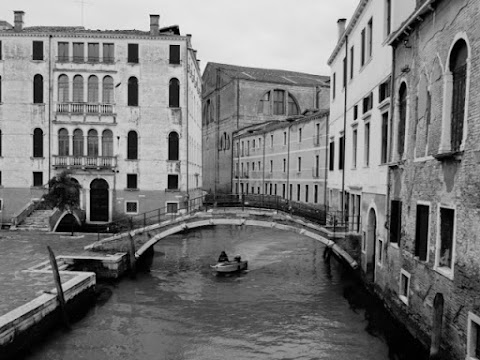 For brief moments the rain would ease off but there was a drizzle that would not go away. 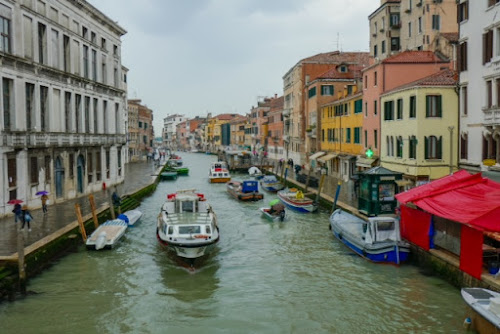 I had read how the Venicians were great ship builders. They had a production system that allowed them to build hundreds of ships at a time. Behind these walls is the Arsenal where the ships were built. It was a secure site so that rivals would not learn their secrets.

Following pictures are things that I did not expect to see in Venice.
First is a fish swimming in one of the canals.
Second is a Pizza and Kebob restaurant. 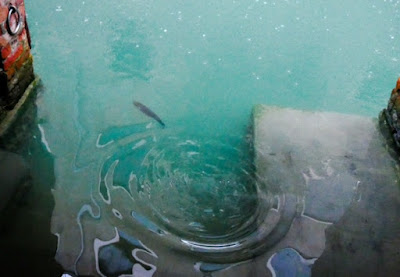 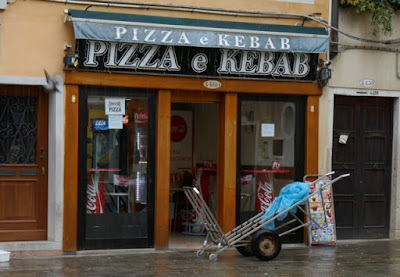 We have had our picture taken in Piazza San Marco but this one is different. There were no crowds this time, all we forced off the Piazza into the covered areas away from the rain. 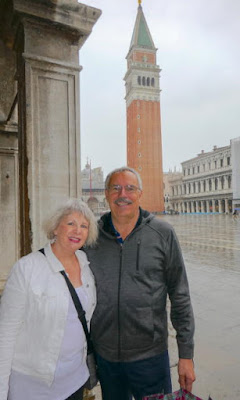 Here we have Elisabetta making us some pizza. There were several types that all tasted great.
Unfortunately the pizza chef was in the kitchen cooking as we ate. 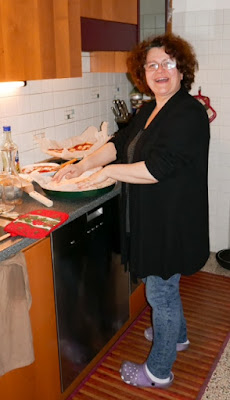 Maria Chiara was in charge of dessert. Yes!! we did save room to have a piece. 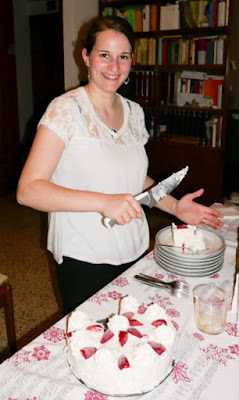 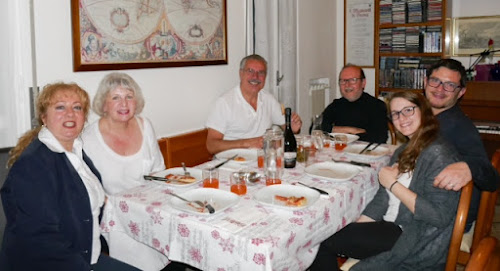 Posted by Danna and Robert at 9:48 PM